Tree Planting by the School

On the morning of Thursday, December 2nd, a group of volunteers from Asby Tree Group met with staff and pupils of Asby Endowed School and Councillor Joan Raine at Dale Green, to plant a Handkerchief Tree (Davidia involucrata) to mark National Tree Week.

Dan Docker, one of the Tree Group’s experts, spoke briefly to the pupils about the reasons why it is important to plant trees before they planted the tree. The pupils were really positive and knowledgeable about the benefits of tree planting.  Immediately afterwards, the pupils went on to plant a number of Goat Willows alongside Asby Beck. A Cumberland and Westmorland Herald photographer attended and it is likely that a photograph of the event will appear in this week’s edition (week ending December 11) of the newspaper.

Chris Macrae of Dale Green also took a number of photographs and some of them appear below. 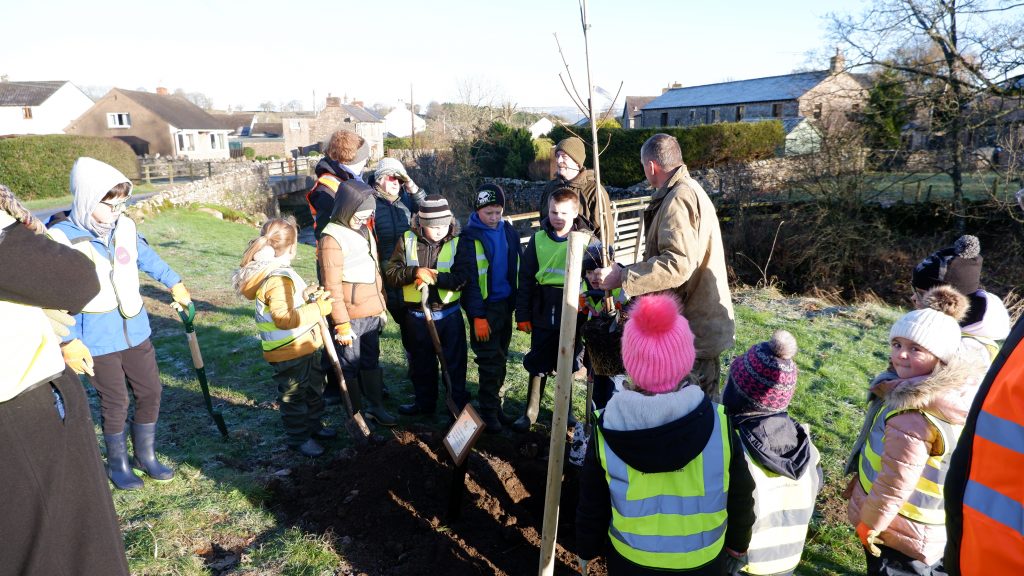 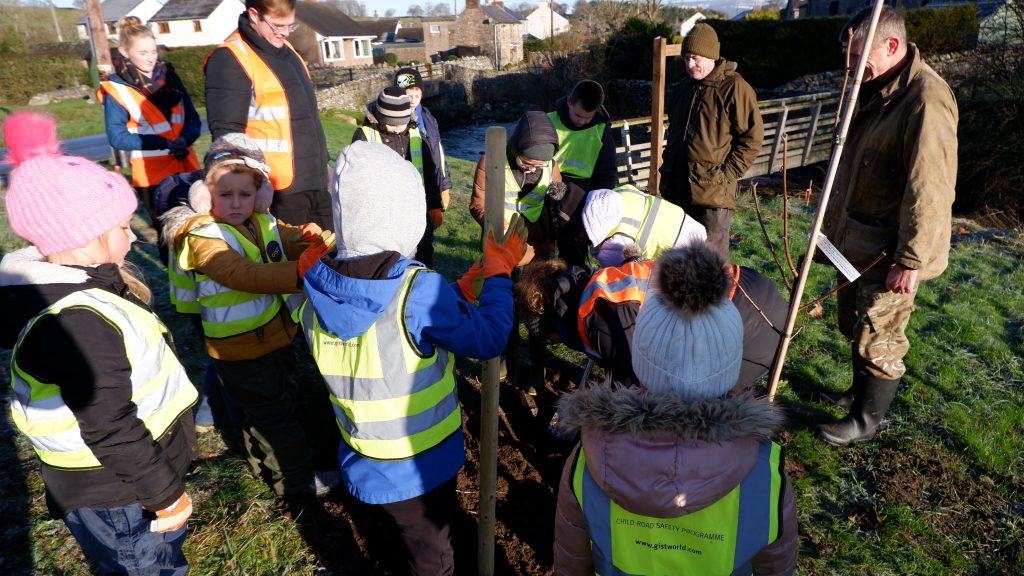